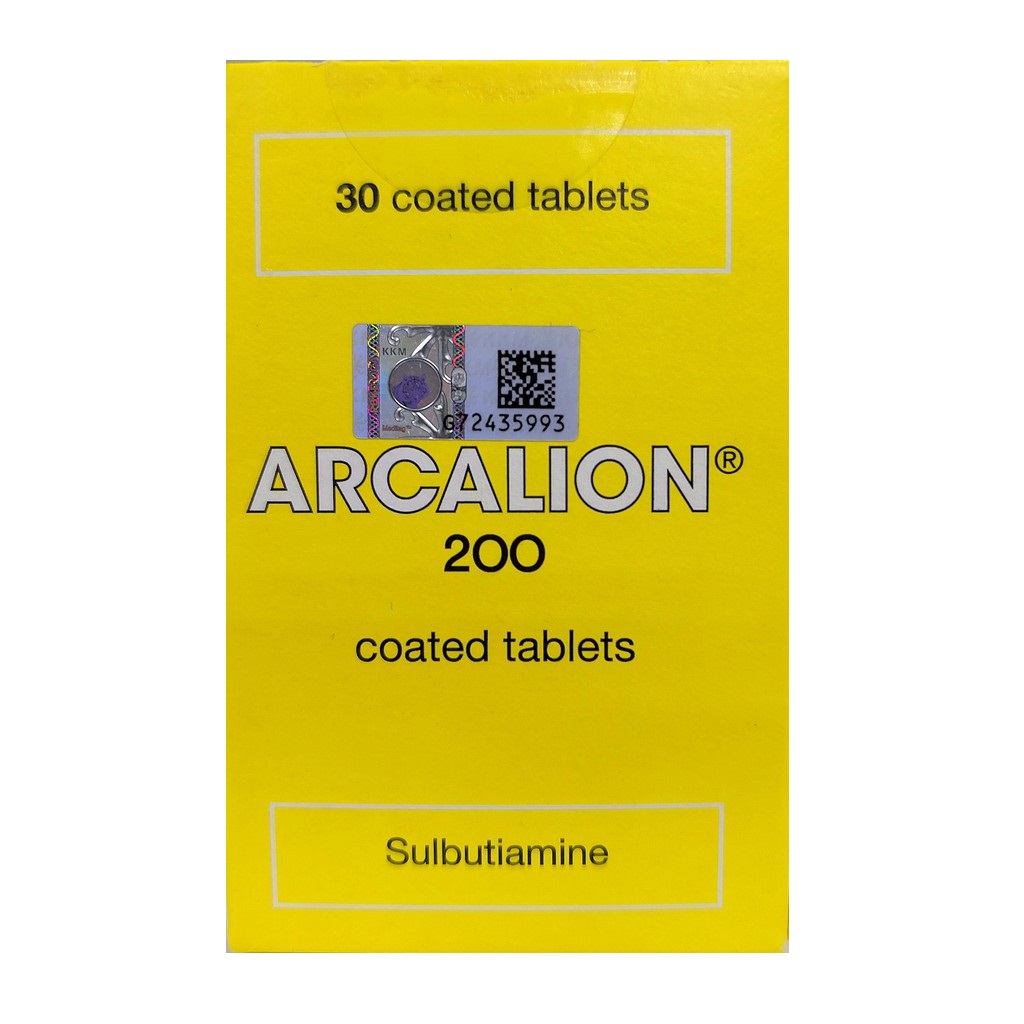 Action
Pharmacotherapeutic Group: Vitamin B1, plain. ATC Code: A11DA02.
Pharmacology: Pharmacodynamics: In humans: This medicine has been studied in controlled clinical trials versus placebo or reference products, by using psychometric evaluation scales and tests. These trials demonstrate the psychoactive effect of this drug, with a predominant action on psychological and physical inhibition.
Pharmacokinetics: Sulbutiamine is rapidly absorbed and peak blood concentration is reached between 1 and 2 hours after administration.
The half-life is approximately 5 hours. Elimination is by the urinary route.
Toxicology: Preclinical safety data: No special hazards have been identified for use in humans on the basis of preclinical studies of acute, subchronic and chronic toxicity and reproduction toxicity (studies conducted in pregnant mice, rats and rabbits haven't shown any teratogenic potential). Sulbutiamine was not mutagenic in the Ames test. No studies of carcinogenicity have been performed.

Indications/Uses
Symptomatic treatment of all forms of asthenia.

Dosage/Direction for Use
Posology: For adult use only: 2 to 3 tablets a day.
Tablets should be swallowed whole with a large glass of water, dividing the doses between the morning and midday meals.
Duration of treatment is limited to 4 weeks.
Paediatric population: The safety and efficacy of ARCALION have not been established in children and adolescents, ARCALION should not be used in this population.
Method of administration: Oral use.

Overdosage
Symptoms: In case of overdose: agitation with euphoria and tremor of the extremities.
These symptoms are transient.
Treatment: Overdose symptoms can be treated according to the doctor's assessment.

Contraindications
Hypersensitivity to the active substance or to any of the excipients listed in Description.

Special Precautions
This medicinal product contains lactose, glucose and sucrose. This medicine should not be used by patients with galactose or fructose intolerance, Lapp lactase deficiency or glucose and galactose malabsorption syndrome (rare hereditary diseases) or a sucrase/isomaltase deficiency.
This medicine contains an azo colouring agent (E110) and may provoke allergic reactions (see Adverse Reactions).
Effects on ability to drive and use machines: No specific studies on the effect on ability to drive and to use machines have been performed.

Use In Pregnancy & Lactation
Pregnancy: There is no or limited data available (less than 300 pregnancy outcomes) on the use of sulbutiamine in pregnant women.
Animal studies do not indicate direct or indirect harmful effects with respect to reproductive toxicity (see Pharmacology: Toxicology: Preclinical safety data under Actions). As a precautionary measure, it is preferable to avoid the use of ARCALION during pregnancy.
Breastfeeding: It is unknown whether sulbutiamine/metabolites are excreted in human milk.
A risk to the newborns/infants cannot be excluded.
ARCALION should not be used during breast-feeding.
Fertility: There is no available data regarding the effects of sulbutiamine on fertility.

Drug Interactions
No specific interaction studies have been performed with ARCALION.
Concomitant use to be taken into consideration: Diuretics: The urinary excretion of thiamine (metabolite of sulbutiamine) is increased.
Neuromuscular blocking agents: The effect of these medicines may be increased when administered concomitantly with thiamine (metabolite of sulbutiamine).

Caution For Usage
Special precautions for disposal and other handling: No special requirements.
Incompatibilities: Not applicable.
For caution against possible variation of physical aspect of medicine... Click to view Arcalion 200 detailed prescribing information